Editing is long, hard, tedious work. After several (many) comments on typos in my book, Secret Warriors, Psychic Spies, I set about fixing things.

First I bought editing software - two kinds. This is a good option if you can't afford a professional editor. I looked at their prices, I couldn't then and I can't now. So, after weeks of blurry eyes from looking at the document and more weeks running it through both editors with good results. I uploaded the new files to Amazon.

Everything was fine. Kindle Direct Publishing said so, my editors said so, even my tired eyes said, "Let's do this."

Yesterday an old friend of my gave me a call. "I just finished reading your book", she said. "I loved it", she said. "You need to fix those typos."

Typos? What the hell?

So I take a look on Amazon. "You have unfinished updates."

So I drag out the updated documents (stored electronically, thank God) and carefully upload them again. That was this morning. Again, Amazon says all was successful.

Enough about editing. What's the book about already?

Secret Warriors, Psychic Spies is truth. A story of the U.S. Military's experiment with psychic warfare. Think The Men Who Stare at Goats! But with all fictional content eliminated.


If you have you ever felt there was something more to the world, something just out of reach of our normal senses, a reality beyond the everyday, you're right. There is a magical realm of sorts. Not the kind that changes iron to gold or a place that allows you to mix a bit of this and a bit of that to conjure up ghosts, a love potion, or a curse.


I am talking a very personal magic that allows your mind to fly free of your body, to sail across time and space, encountering glimpses of the future, visions of other realities and the beings that inhabit them.


If it sounds fantastic, patently impossible, just so much mumbo-jumbo nonsense, I understand. I thought the same. Until I didn't.


Read my story, take the trip, and learn to believe. This is a true story of seven remarkable days on a remote mountaintop in the Blue Ridge of Virginia

While there, part of a Top-Secret military experiment in psychic warfare, I met the wolf for the second time in my life, a spirit creature of exceptional power existing in both the real world and the world of altered states. He first came to me on hunting trip in the Arkansas hills and returned repeatedly over the years as a spiritual guide and companion.

During the experiment, I stumbled into incredible and disturbingly violent psychic sex, found a friend in a peculiar winged entity from elsewhere, some distant reality reachable only through the strange and powerful energies found in altered states of consciousness, and had a brief visit to the future.


Take a chance. Set aside disbelief for a time and come with me on an extraordinary trip.

If you're interest in the finished product, click the link below.


In the time between the first, unsuccessful, editing adventure and now, I've been working on a new book of short stories. Since all the stories in the book are based on dreams I have had, I think I'll call it Dream Walking or Dream Walking in Shorts.

I am pretty proud of the first story in the collection. It's called Outsider and has received Honorable mention in two short story contests. 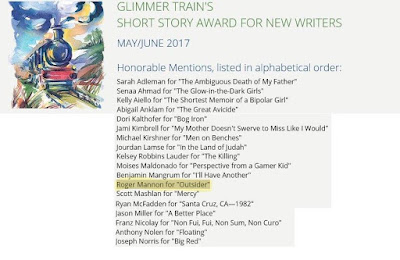 The second: The L. Ron Hubbard Writers of the Future contest - December 2017 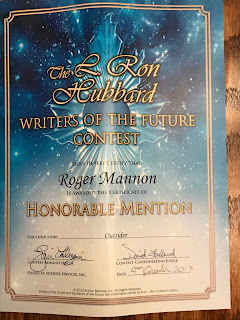 A few notes on the new book. Shooting for an August 2018 publication. On Amazon, of course. I can't afford a literary agent. :-)

Outsider
What if you could walk out of a dream and into a different universe?  One similar to but not quite the same as the one you know so well?  What horrible circumstances could drive a man to find the way to do just that?  He was an outsider in his own world so he walked into another searching for the place he called home.
Do Over
Things didn’t turn out the way he expected? The Great Recession ate all his money, his workplace ‘downsized’ so lost his job and couldn’t find another.  He lost his house to foreclosure and, finally, his wife said; “Screw this”, packed up and left.  He had nothing left but dreams of a better time, a time lost in the past. So, he thought’ “What if I could dump this sorry life and start over?” And he did just that.
The H.O.A.
Home Owner Associations suck.  We all know that.  They are comprised of a group of secret Nazi wannabes, small-minded people, power hungry men and women posing as the protectors of your neighborhood.  Their only desire is that your house to be the same vanilla colors as every other house in the subdivision, for your grass to be a least two inches high but never more than three or they’ll write you up and fine you. They aren’t protectors of anything but the power they believe they hold over you.  But what other secrets might they be hiding? Tommy McDermott saw what was behind the heavy wooden door of their conference room and it scared the hell out of him.

Stand by for the new book. I hope you will be one of my readers.